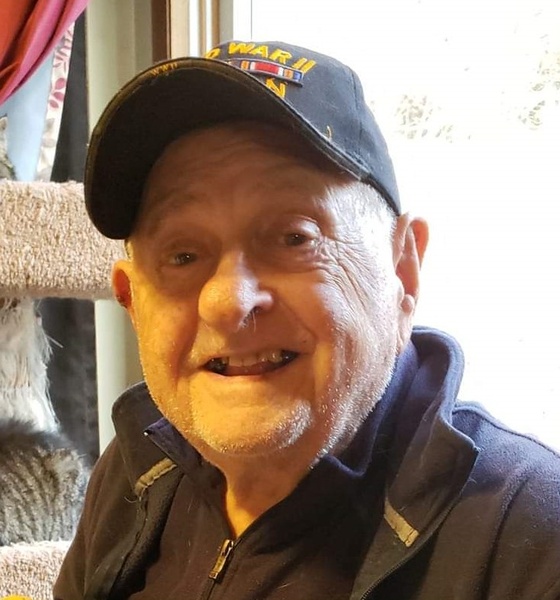 Sidney honorably served his Country during WWII as a soldier in the United States Army, serving from 1944 until his honorable discharge in 1946.

On August 17, 1946, Sidney was united in marriage to Beatrice Barrett at St. Paul and St. Luke’s United Church of Christ.  To this beloved union, two children were born.  Beatrice preceded Sidney in death on August 29, 2018.

Sidney worked for the Buffalo County Highway department for 38 years, retiring in 1984.

Sidney was a longtime and devoted member of St. Paul & St. Luke’s United Church of Christ and a life member of the Alma American Legion, Post 224.

Many will remember Sidney for his love of fishing and being out on the Mississippi River.  But his greatest love was being a devoted grandfather and great grandfather.

Sidney will be forever missed by his two children, Michael and Monica Moham; 5 grandchildren, Lisa (Marc), Nicole, Patrick (Ashley), Jessie and Nicki; many great grandchildren; a brother in law, LaVern Eikamp; and by nieces and nephews.

Besides his parents and beloved wife of 72 years, Beatrice, a sister, Eunice preceded Sidney in death.

Inurnment, with full military honors performed by Sidney’s fellow Comrades of the Alma American Legion, Post 224, will be at the Alma Public Cemetery.

A luncheon and time of fellowship will immediately follow the burial at the Alma American Legion Hall, 501 N. Main Street, Alma, WI.

To order memorial trees or send flowers to the family in memory of Sidney Moham, please visit our flower store.