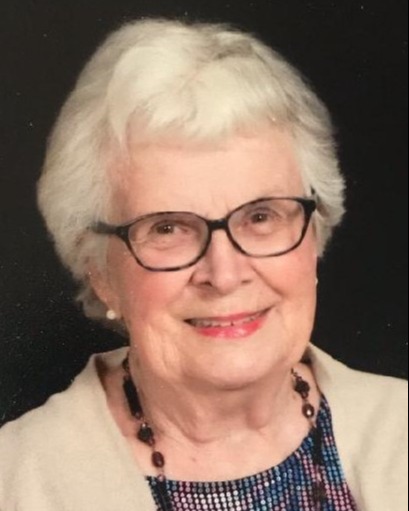 Rosemary Hillig 91 of Waumandee, WI died Tuesday, December 13, 2022 at her home surrounded by her family.

Rosemary was born May 28, 1931 in Milwaukee, WI to Charles and Marie (Burke) Zwisler.

She attended the Villa Maria School in Frontenac, Minnesota where she met her future sister-in-law Olive Margaret (Roth) Hillig .

Rosemary met her husband of 45 years, John Adam Hillig when she came to visit the Hillig farm in Waumandee.  They married on January 27, 1951.  After their adventurous honeymoon to Mexico, they settled in Waumandee on the farm and raised six daughters and two sons.

Rosemary was a member of St. Boniface Catholic Church in Waumandee.

Rosemary was preceded in death by her parents, her beloved husband John, an infant daughter, and siblings Charles Zwisler, Jimmy Zwisler and Ann Marie McCann.

A visitation will take place on December 21st at 12:00 followed by a 2:00 Mass of Christian Burial at St. Boniface Catholic Church in Waumandee with Rev. Aruldoss officiating.  A celebration of life will immediately follow the mass at the Rippley Social Hall.

Alongside John in heaven, Rosemary continues her devotion  to her family, with an unwavering commitment to God.. Her faith is her legacy.

The family asks that memorials be directed to the St. Boniface Catholic School.

Talbot Family Funeral Home is assisting the family with arrangements.

To order memorial trees or send flowers to the family in memory of Rosemary Hillig, please visit our flower store.