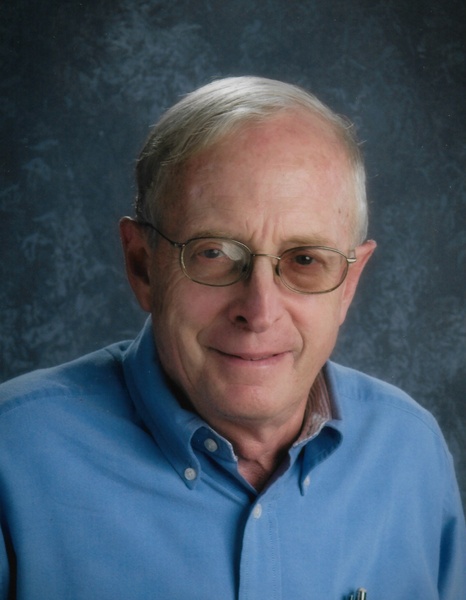 Roger was born in St. Paul, MN, along with a twin, Donald on June 30, 1938 to Helen and Fred Schoen.  He had an older brother, Kenneth.  All preceded him in death.

Roger obtained his Master’s Degree in Math and Physics from Winona State University, and went on to become a science teacher at Alma High School in 1967.  He taught for a combined 37 years, retiring once, and then returning to develop the Tech Ed program.  He gave many students unique first-time experiences including airplane rides, water skiing and class trips to Chicago.

Roger married Janice Rhyner on October 16, 1970, which brought Janice’s son, Forrest into his life.  Roger and Janice built “the house” in Alma and enjoyed traveling and camping together.  Later in life he became an avid bicyclist.  His special adventures included canoeing the Yukon River, Climbing the Chilkoot Trail, visiting the Arctic Circle and watching the polar bears in Churchill on the Hudson Bay.  He had a mischievous side which included building and shooting a potato cannon, building a still and distilling his homemade wine into moonshine and landing his airplane on Highway 25 north of Nelson.  In his spare time, he ran Alma General Service, a Heating/AC/Refrigeration Contracting business.

Roger is survived by his wife, Janice and son, Forrest (Jill), grandchildren, Anna (Jed Lorenz) and Andrew (Morgan Schleusner) and his favorite wiener dog, Matilda “Maddie”; along with many cousins, nieces, nephews and friends.

The family would like to take this opportunity to give a special thank you to the staff of Winona Area Hospice and St. Michael’s assisted living for all the exceptional care given to Roger.

A memorial service will be held on Saturday, August 13, 2022 at 3:00 PM at Talbot Family Funeral Home, Alma with Tom Elliot officiating.  A memorial gathering will be held from 1:00 PM until the hour of the service at the funeral home.

Please share a special memory or express your words of comfort for Roger’s family at www.talbotfuneralhomes.com

To order memorial trees or send flowers to the family in memory of Roger Schoen, please visit our flower store.