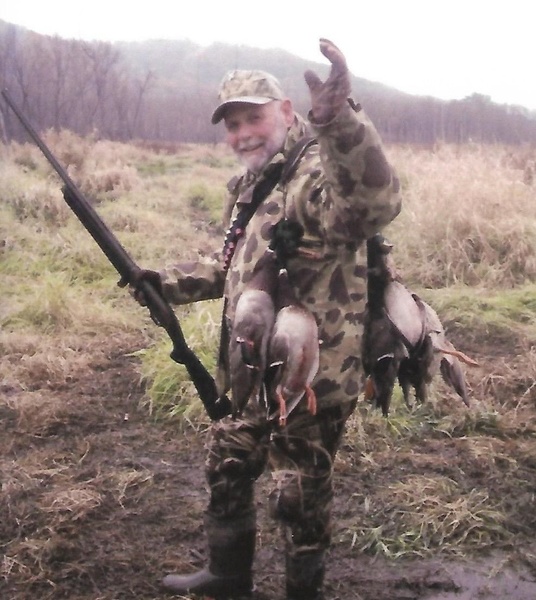 Patrick Earl Timm, age 83, of Alma, WI, passed away peacefully on November 5, 2021 at home with caring family members at his side. Patrick was born on February 5, 1938, in Wabasha, MN, to Earl Christian Timm and Mary Schafer Timm. Patrick was married to Ione Ludwigson on August 12, 1967 and had one daughter, Cathrine Timm Prihoda.

Patrick graduated from Alma High School and joined the United States Air Force. He spent most of his four years of service in France. Upon returning home, he attended and graduated from Buffalo County Teacher’s College. He completed his four year degree at UW-LaCrosse. Patrick taught at the Crucifixion Catholic School in La Crescent while attending UW-LaCrosse. From there, he taught grades 4-5-6 and was a teacher in charge of the building in the Black River Falls School District at Hixton, WI for twenty four years. Upon his retirement, Patrick did substitute teaching at Alma Area Schools.
Patrick served on the Town of Alma Board. He was a member of the Elks Club in Winona, the Lion’s Club in Alma, and the Alma Rod and Gun Club.
Patrick loved to duck hunt, deer hunt, and fish. He was also an avid card player. Patrick was a ring man for four different auctioneers. He loved to seek out treasures to buy and resell.
Patrick is survived by his wife, Ione, his daughter, Cathrine, three grandchildren; Will, Jada, Kali Prihoda, as well as, two nieces, Nancy Hadden and Colleen Stovall and two nephews, Bill Finlan and James Finlan. Pat is also survived by, sister in-law, Anita (Tom) LeCleir, brothers in-law, Russell (Maryann) Ludwigson, Howard (Mary) Ludwigson and David (Mary) Ludwigson. He is further survived by other loving family and friends.
Patrick was preceded in death by his parents, Earl C. Timm and Mary Timm, and his sister, Donna Rose Timm Finlan.
A visitation will be held Tuesday, November 9, 2021 at Talbot Family Funeral Home, Alma Chapel, 340 N. State Road 35, from 1:00 P.M. until the time of the service at 3:00 P.M. Private family inurnment, with full military honors, will follow at Mill Creek Cemetery.

To order memorial trees or send flowers to the family in memory of Patrick Earl Timm, please visit our flower store.