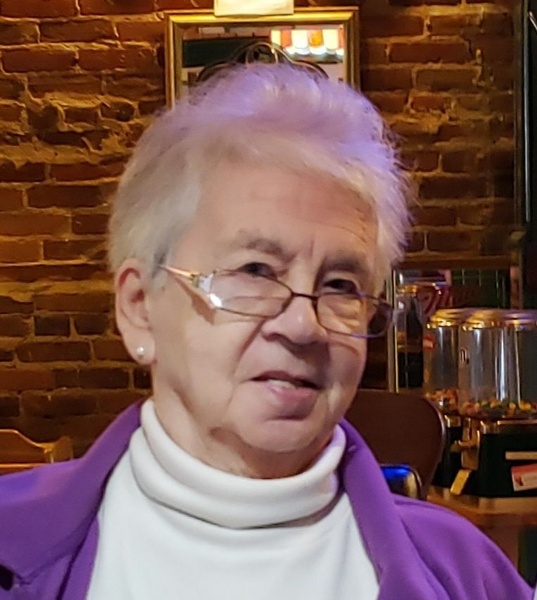 She was born on April 7, 1938 in Bethel, CT the daughter of Edward and Grace (Babcock) Kayser.

In 1968, Patricia was married to Stephen R. Ferriss. From this union, one son was born.

She worked for many years as a bookkeeper at Leahy’s Fuels, Inc., and later at American Spinning both in Danbury, CT and finished her career as an administrative assistant at Northwestern Connecticut Council of Governments in Warren, CT.

Patricia lived much of her life in Kent, CT before relocating to Fountain City to be close to her son, daughter in law and her fur grandkids.

She will be remembered for her humane and caring love for animals, especially dogs in her life. Patricia will also be remembered for her love of reading and her participation in church book clubs.  She also loved her role on the St. John’s Church funeral meal preparation group.  Patricia also had a deep affection for lighthouses.

Patricia will be sadly missed by her son and daughter in law, Greg and Cassie Ferriss and two grand dogs, Abby and Nibbler of Fountain City.

Memorial services and a time to celebrate the life of Patricia will be held later this spring and will be announced when scheduled.

To order memorial trees or send flowers to the family in memory of Patricia Grace (Kayser) Ferriss, please visit our flower store.