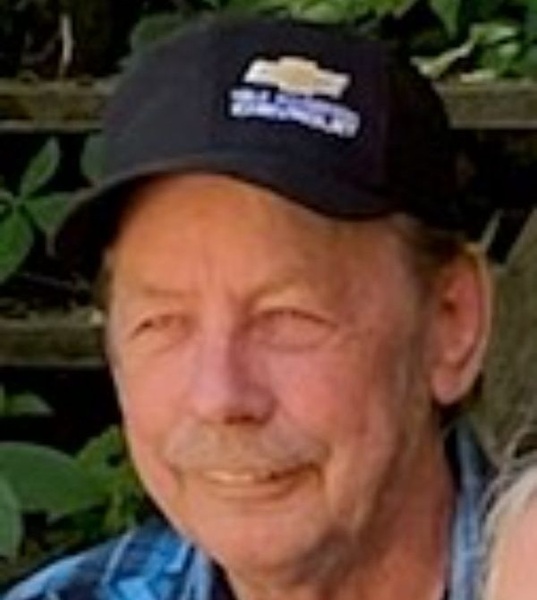 In his early years, Junior worked at Presto in Eau Claire until moving into painting, through which he worked on bridges and water towers, later moving into commercial and residential projects.

Junior had many hobbies which included snowmobile and stock car racing, garden tractor pulling, hunting, fishing, and gardening. He was an avid NASCAR fan until the passing of Dale Earnhardt Sr. Throughout his life, Junior had the privilege of traveling internationally and throughout the U.S.

In the summer, he could be seen sitting in his garage prompting many social visits or tending to his yard and garden. Junior was known to be a jokester around his friends, especially at the local watering holes. If you met him, you’d never forget him.

Junior will be forever remembered for his kindhearted nature and willingness to help out his family and friends.

A memorial service to celebrate the life of Junior will be held on Friday, May 20, 2022 at 1:00 PM at Talbot family funeral home, Mondovi Chapel, with Chaplain Gary Prestion officiating.  Inurnment will be at Rock Falls Cemetery, Rock Creek, Dunn County, WI.

To order memorial trees or send flowers to the family in memory of Orrin "Junior" Stai, please visit our flower store.