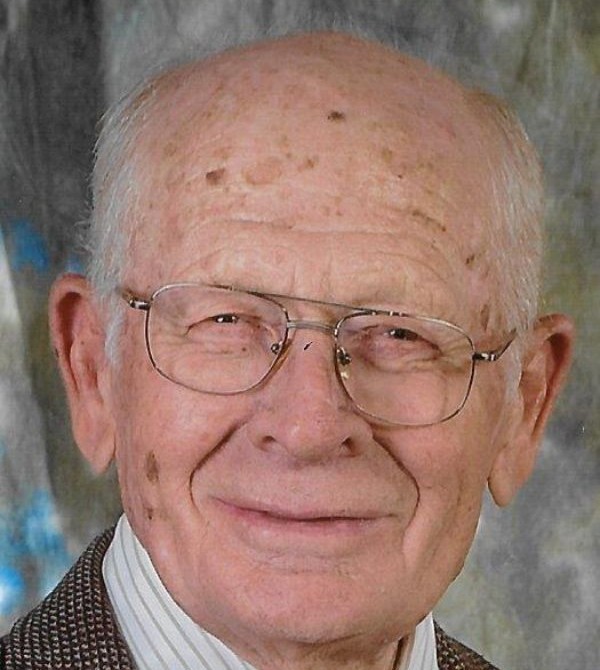 Myron (Mike) Theodore Sather went home to be with his Lord and Savior on December 23rd 2021 at the age of 90 from his residence at Benedictine - St. Annes, in Winona, MN with his loving wife and family by his side. Mike was born to Theodore and Mabel Sather on July 10, 1931. He grew up with his family, farming in the Bennett Valley area before eventually moving with his family to Mabel’s home farm in Wulff Valley.


Mike graduated from Gilmanton High School, where he met his future bride, Orla (Buchholz) Sather. In 1950 he and his brother Galen were inducted into the army where they served in the Korean War from 1951 to 1953. Upon his return, he married Orla Sather on June 7, 1955.
After farming for several years, he worked at the Parker Quarry, drove gas truck for the Gilmanton Co-op and later managed the Gilmanton Co-op for 19 years. Mike continued his career in Agri-Business working at Farm Credit Services, Eckel Implement and the Waumandee Co-op. He finished out his career as the Feed Division Manager of the Arcadia Cooperative before retiring in the fall of 1992. Following his retirement Mike continued in his passion for farming while operating the home farm and caring for his herd of Hereford Cattle.

Mike was a leader in the Gilmanton Community. He was a faithful servant at Trinity Lutheran Church serving in many capacities including Elder and Congregational President. He served on the Buffalo County Board of Supervisors including the Highway, Health \ Human Services, and Personnel Committees. He was a member of the Gilmanton Community Club and the Forest Gunderson-Klevgard Legion Post 264. Mike will be remembered for his committed service to his church and community. He made many friends and was highly regarded and respected by the people he knew.

The most important part of his life was his love for family. Mike was a loving husband, father and grandfather and will be greatly missed.
Mike is survived by his wife, Orla Sather and three children, Brian (Dory) Sather of Winona, MN, Keith (Judy) Sather of Dresser, WI, and Sherrie (Timm) Burks of San Diego, CA; nine grandchildren Katelyn, Jessa, Matthew, Shiloh, Seth, Shea, Shamara, Shania and Silas; two step grandchildren Kelly (Allyce) and Kevin (Melissa); seven step great-grandchildren Brady, Camden, Kendall, Jordyn, Mason, Elliott and Shana and his sister Lois Balk of Alma, WI. Mike is preceded in death by his parents, Theodore and Mabel, and his brother Galen.

Mike’s family would like to extend their appreciation to Benedictine-St. Anne of Winona and St. Croix Hospice of Rochester for the excellent care that they provided.

The funeral service will be held Thursday, December 30th at Trinity Lutheran Church in Gilmanton, WI. Visitation will take place from 9:00 to 11:00 a.m. followed by a funeral service at 11:00. A grave side service with full Military Honors will be held immediately following the service at the Gilmanton Cemetery. Pastor Paul Woebbeking will officiate.

Online condolences of memories may be left for Mike’s Family at www.talbotfuneralhomes.ccom

To order memorial trees or send flowers to the family in memory of Myron (Mike) Theodore Sather, please visit our flower store.
Send a Sympathy Card