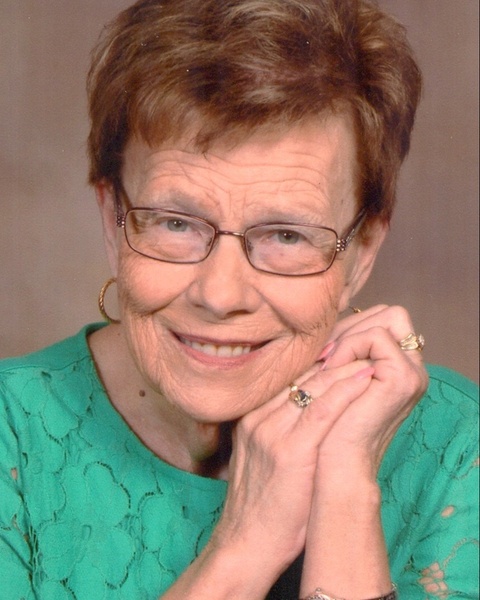 Muriel Lou Cox (Christianson),  lost her courageous battle with cancer on Tuesday, September 13, 2022, at the age of 79.  She passed at home with her family by her side.  Muriel was born in Mondovi, WI on May 20, 1943.  She was the first-born child of Morten and Leona Christianson.  The family lived on a farm outside of Eleva.  Muriel was a graduate of Eleva-Strum Central High School, class of 1961.

On September 8, 1962, Muriel was united in marriage with Frank Cox at Trinity Lutheran Church of Norden.  After their marriage they moved to Apple Valley, MN where Muriel and Frank welcomed two sons and a daughter into their family.  This is also where she met her long-time friends, Pat Schwarting, and Irene Birch. Muriel worked for a few different businesses throughout her career; Richfield Bank, Edina Realty in Burnsville, and Burnsville Volkswagon.  After 40+ years in Minnesota, Muriel and Frank moved back to Muriel’s birth town of Mondovi, WI where she began working for her brother, Curt (Curt Christianson Trucking) until she passed.  Muriel’s most cherished times were spent with her family and friends.  She loved dogs and was a great cook.  She enjoyed camping, snowmobiling, and dancing to the song “ Wipe Out” with her brother, Al. Muriel is survived by her son, Brad (Kellie) Cox of Burnsville, MN; son Brent (Brenda) Cox of Wait Park, MN; daughter Lori Cox of Mondovi, WI; Grandchildren; Valicity, Tregg, Kody, Kyle, Callie, Tiffani, and Adam.  Greatgrandchildren; Elinor, Maisie, Frankie, Brooklyn, Axel, Ahnica, and Liam.  Brother;  Al (Debbie) Christianson of Strum, WI; brother, Curt Christianson (Vicki Gore) of Eleva, WI; sister-in-law, Cheryl Christianson of Eleva, WI; and brother-in-law, Dave Maug of Strum, WI; brother-in-law, Jim Cox (Dena) of East Moline, IL; brother-in-law, Ed (Dollie) at Casper, Wy; Bob Coy (Shirley) of Northfield, MN; also by nieces, nephews and other relatives and friends.  Muriel has been reunited in Heaven with her husband Frank, her parents  Morten and Leona, brother Jerry, and sister Carol.  Also by her mother and father in law Frank and Marie Cox, and brother in laws George and Mike.

Services will be held on Saturday September 24, 2022 at Trinity Lutheran Church of Norden.  Friends and family are invited to the visitation from 10:00AM until time of service at 11:00AM with burial to follow at the church cemetery. Condolences and memories may be shared at www.talbotfuneralhomes.com

To order memorial trees or send flowers to the family in memory of Muriel Lou Cox, please visit our flower store.