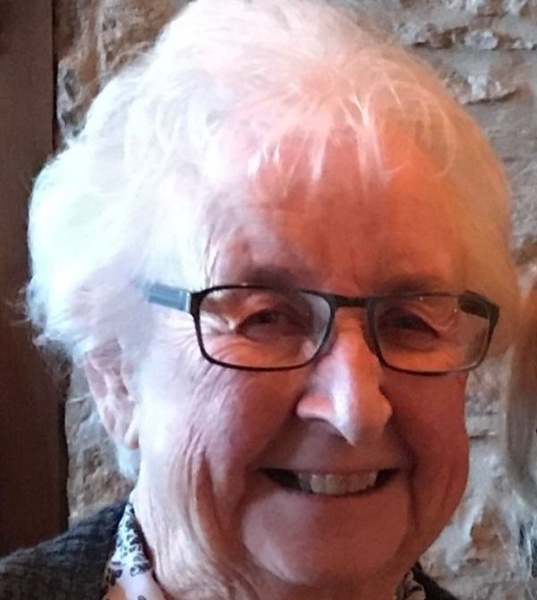 Judy was born to Samuel and Dorothy Franz on December 12th, 1938, in Lacrosse. She graduated from Mondovi High School and received her teaching certificate from the University of Lacrosse. She married Charles (Chuck) Ede on December 20th, 1958, and they had two children, Julie & Jon.

Judy spent several years teaching before she and Chuck relocated to the Milwaukee area. After moving, she worked alongside her husband at Excalibur Automotive for many years. After Excalibur, she worked for and retired from Rexnord Stearns. After retirement, she & Chuck moved to their lake home in Birchwood.

people and relationships. She had a talent for bringing people together and never hesitated to share her warmth, smile, and positive outlook. She enjoyed fishing and boating and spent much of her free time on the water. After retirement, she enjoyed hosting friends and family at their lake home, volunteering at Birchwood Elementary, and being a member of the Quilting Club at Trinity Lutheran Church. She was also known to be an extremely competitive Canasta player. Her family and friends spent many hours around her kitchen table, playing cards, making memories, and sharing food and laughter.

Judy was predeceased by her parents; her sister, Joan (Edward) Rivers; and her beloved son, Jon Ede.

A funeral service will be held on Saturday, June 25th, at Talbot Family Funeral Home (679 Hehli Way, Mondovi, WI). Visitation will be open from 11 am-1 pm, with the service to follow. A burial will occur on Wednesday, June 29th, at 11 am. A procession will begin at 10:45 AM at Talbot Funeral Home and end at Riverside Lutheran Cemetery.

To order memorial trees or send flowers to the family in memory of Judith Ann Ede (nee; Franz), please visit our flower store.