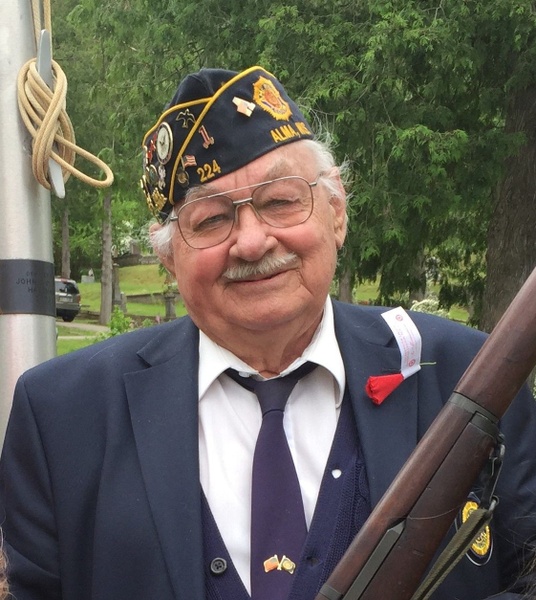 Joseph J. Rybarczyk, 87, of Alma, passed away Wednesday, February 16, 2022 at home, surrounded by his loving family.

Joe was the son of the late John and Agatha (Sonsalla) Rybarczyk. He was a graduate of Arcadia High School and attended St. Mary’s College in Winona, MN. He went on to serve in the United States Navy in the Korean War from 1953 until his honorable discharge in 1957. On May 30, 1961, he married Betty Rieck at St. Stanislaus Catholic Church, to this union they were blessed with seven children.

Joe worked as a shift supervisor at Dairyland Power for over 35 years and retired in 1993. He also enjoyed working on his hobby farm. He was a member of the American Legion Post 224, National Guard in Arcadia, Alma Honor Guard, and the Knights of Columbus. He was a lifelong member of St. Lawrence Catholic Church.

He is preceded in death by his parents, John and Agatha; his siblings, Euphroshine, Veronica, Dorothy, Martha, Dominic, Anna, and Paul; son- in-law Captain Thomas Gramith and grandson Tony Richards;

A Mass of Christian Burial will be held Saturday, February 19, 2022, at St. Lawrence Catholic Church at 1:00 P.M. Visitation will take place from 11:00 A.M. until 1:00 P.M. Interment will follow with full military honors at Alma Memorial Cemetery.

To order memorial trees or send flowers to the family in memory of Joseph J Rybarczyk, please visit our flower store.

Shawney Estates Road off of County Road I, Alma, WI 54610