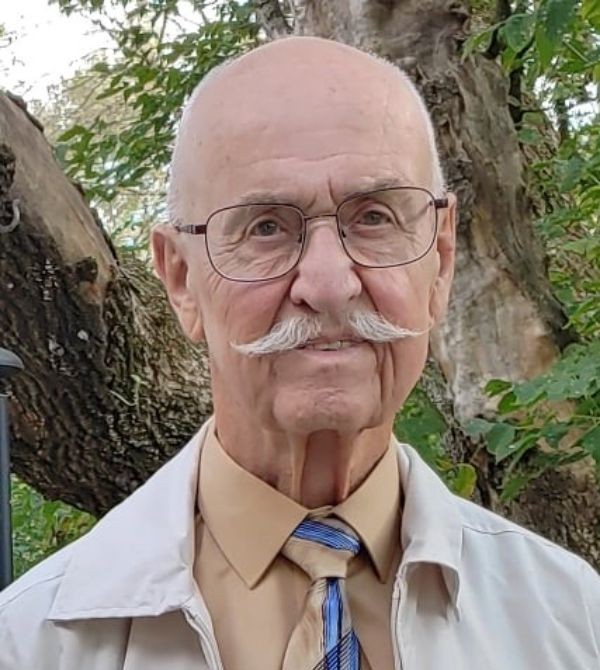 Irvin Dana Yelle, 85, passed away unexpectedly at his home in Mondovi Township on April 9, 2022.

Irvin was born on November 15, 1936 in Clear Lake Township in Polk County WI, the son of Dana Yelle and Mildred (Witthoft) Yelle. He grew up in the Township of Vance Creek in Barron County, and attended a two room school, Reeve State Graded School, for eight years. He attended Clear Lake High School, graduating in 1954. Subsequently, on September 9, 1954, he joined the Navy, serving until September 10, 1957. His duty stations included the Pensacola Training Command, Fighter Squadron VF-143, and the U.S.S. Essex. He was honorably discharged as an Aviation Structural Mechanic 2nd class.

Irvin, an only child, grew up in a musical family. He played trumpet in the family band from 8th Grade until he was in his 50's. He joined Local 30-St. Paul Musicians' Union, at age 14. During this time he played big union dance halls in Wisconsin and Northern Minnesota with the Dana Yelle Old Time Band.  These early experiences started a lifetime of love for music of all kinds, but most recently for Bluegrass music.

Following his discharge from the military, Irvin attended Wisconsin State College-Superior, and Wisconsin State College-Eau Claire, graduating with a BS in Speech (theater) and Art. Irvin used his speech degree to perform with ACT I, Mondovi, WI for a time span of about 20 years. He performed mostly comedies. While in college, Irvin worked at Camp Phillips as a Boy Scout Counselor. Subsequent to college graduation, he held a number of shorter term jobs, including as a Field Rep for the Wisconsin Mental Health Association and also as a Field Rep for the Wisconsin Farmers Union. In 1966, he began employment at the L.E. Phillips Career Development Center in Eau Claire, WI. He was employed there as a counselor for 20 years. During this time he acquired an MA in Rehabilitation Counseling from UW Stout, Menomonie, WI. He also had substantial course work toward a Master's Degree in Safety

management at UW Stout. In 1988, he accepted employment for Buffalo County,WI as a Veteran

Service Officer. He served there for 5 years before taking the same position in Pierce County in Ellsworth, WI. He was employed there until retirement in 2003. In 2009, he was asked to return to the job in Pierce County for 14 months. Irvin was pleased to have the opportunity to be involved, and serve as an officer in many Rehabilitation and Veteran Service organizations. He felt very honored to serve, from 1999-2000, as the President of the County Veteran Service Officers' Association of Wisconsin. He was proud to bugle for funerals and also the opening of the WI Veterans Cemetery at Spooner, WI, and the 50th anniversary of the Korean War.

Irvin was a man who loved knowledge. He was always learning in one form or another and thus had many interests that varied over the years. He was the go-to person if you wanted to know something about any subject. He enjoyed the out of doors, photography, aviation, traveling, music, and the theater.

Weather patterns fascinated him. He always wished he could have been in meteorology in the Navy. In his younger years, he took fishing trips to Canada with his buddies, at least a couple of times a year.

During these expeditions, Irvin would take care of the other fishermen by guiding, filleting, cooking, and finding ways to correct problems. One of his fishing buddies while watching all of this, said, “You know, if we were trapped in this camp this winter, we would all still be here in the spring, but Irv would be alive.” Most recently, Irvin shared his love with animals and birds at his home on the river. Feeding the numerous varieties of squirrels, as well as chipmunks and endless birds,was a daily enjoyment. His cat, Alley Cat, was well loved by him also. And recently, the feral cat was receiving much food and love too.

Funeral Services will be held at 11 a.m. on Wednesday, April 20, 2022, at Our Savior's United Methodist Church in Mondovi WI. Interment will be at Tell Cemetery in the Township of Alma, WI.

To order memorial trees or send flowers to the family in memory of Irvin D. Yelle, please visit our flower store.
Send a Sympathy Card