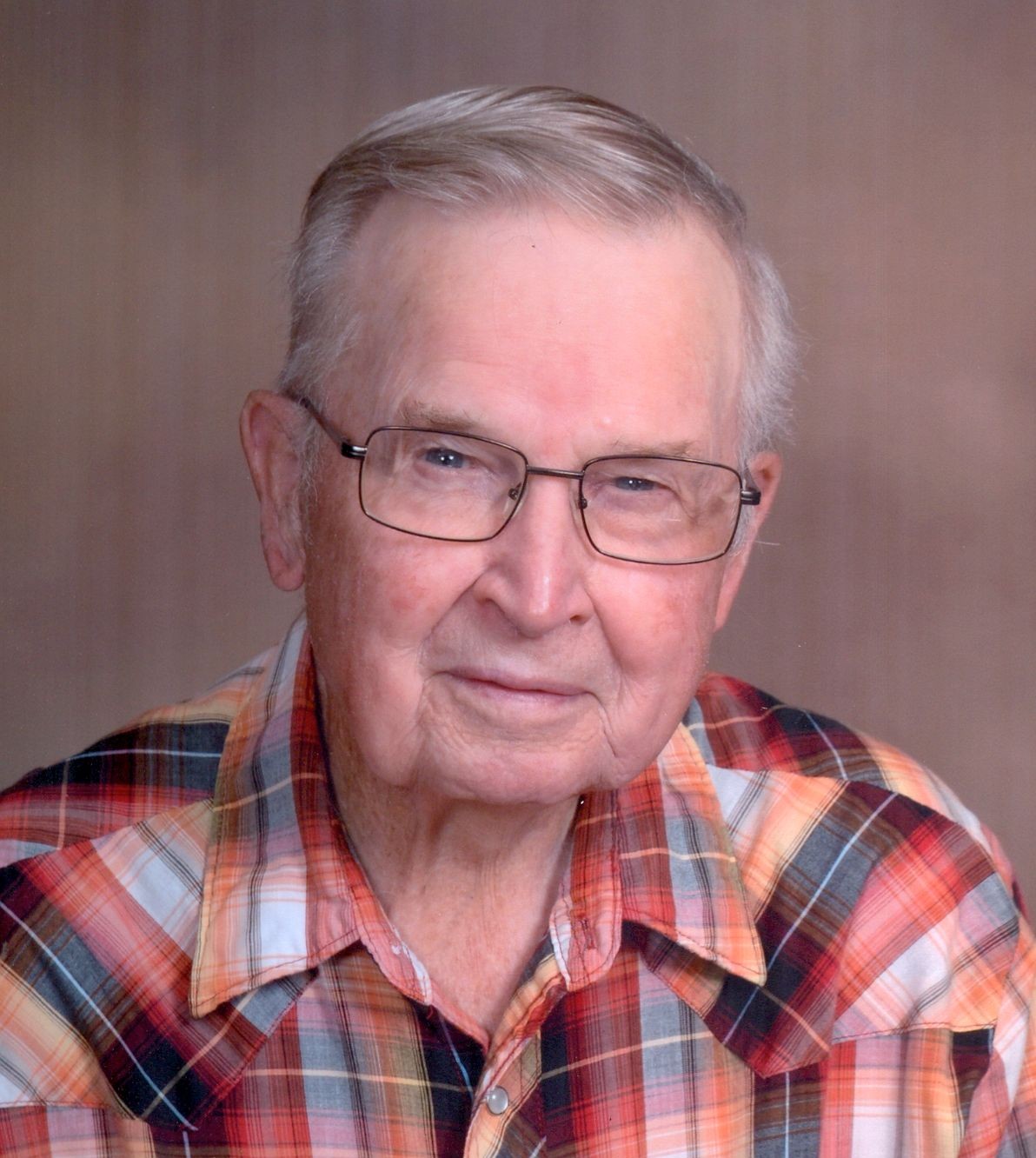 Born on March 13, 1932, he was the son of the late Peter and Stella (Sather) Peterson. He married Grace Moats on December 31, 1955. To this union they were blessed with four daughters, Melody, Missie, Monica, and Michelle.
He served in the United States Army and was stationed in Korea as a Corporal until his honorable discharge in 1954. He was a member of the American Legion Post 154 and VFW Post 6550.
He was employed as a welder for Bucyrus–Erie ln S. Milwaukee from 1955-1958. He then went on to work at Jackson Lumber Harvester Company almost 40 years. In addition to his other employment, he owned and operated Howie’s Welding Shop where he was known as the “Wild Welder/Metal Artist”. He would never turn away a welding project too big or too small.
He was a lifelong member of Central Lutheran Church. He was a founding member of the Midnight Riders Saddle Club, a member of the National Barrel Horse Association-WI03, he also belonged to the men’s division of the Wisconsin Girls Barrel Racing Association. He had some of the best times of his life when participating in Ranch Rodeo with other members of the Midnight Riders Saddle Club. Howie had a passion for horses which was spurred on from his four daughters, which lead to the creation of 4MP Ranch.
He was a man of few words, who loved all of his family, who else could put up with five women and one bathroom all those years. He always had a twinkle in his eye, and a quiet way about him with some humor thrown in. He will be deeply missed.
He is survived by his wife, Grace; four daughters, Melody Peterson (Todd Bergner), Missie (Rod) Spindler, Monica (Frank) Brantner, and Michelle Peterson; 13 grandchildren, Diane Wilken, Paula (Taco) Ward, Shad (Andrea) Balk, Dayna (Shadow) Kitchner, Devin (Alicia) Spindler, Jeremy Fitzgerald, Jessica (Zach) Miller. D.J. (Monica) Brantner, Lindsay (Ryan) Anibas, Kyle (Leslie) Brantner, Angie (Tim) Schlosser, Baylee Forster, and Erick (Katy) Sanchez Peterson; 21 great grandchildren; four sisters, Doris Prissel, Carol (George) Moats, Barb (Jim) Charpentier, Joan (Bob) Timm; sisters-in-law, Donna Peterson, Mavis Storberg, Barb (Gary) Cleasby; brothers-in-law, Harold (Jean) Moats, George (Carol) Moats, and Donnie (Sandy) Moats. He is further survived by many nieces, nephews, other relatives and friends.
He was preceded in death by his parents; brothers, Duane Peterson and Merle Peterson; mother and father in-law, Ralph and Marie Moats; sister-in-law, Fay Ehlert, and brother-in-law, Bill Prissel.
Visitation will take place Sunday December 5, 2021 from 4:00 P.M. until 7:00 P.M. at Talbot Funeral Home, Mondovi Chapel. Visitation will continue Monday December 6, from 10:00 A.M. until the time of the service at 11:00 A.M. at Central Lutheran Church, 221 W Main Street Mondovi. Full military honors will follow after the service. Interment will occur at Riverside Lutheran Cemetery at a later date.

To order memorial trees or send flowers to the family in memory of Howard E. Peterson, please visit our flower store.
Send a Sympathy Card