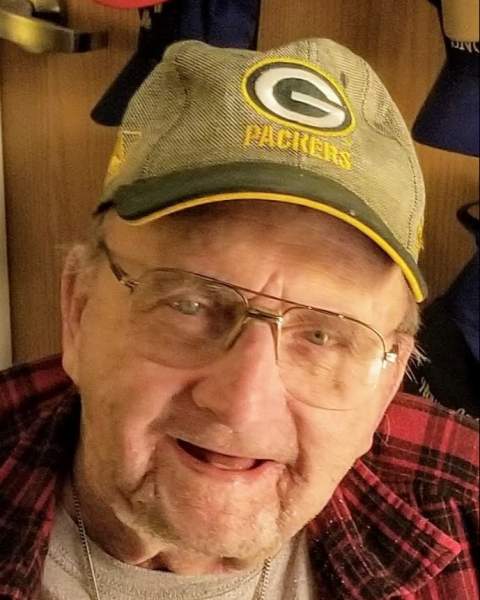 Our Dad, Dave Curlis Parr, passed peacefully from this world at 8:04 am on September 1st, 2022 at the Homeplace in Mondovi, Wisconsin. He had spent the previous two days surrounded by family and friends recounting stories of old times. Laughter and tears were abundant and we listened to every good, old classic country song that his kids, Rick and Jody, heard over the radio in his blue International Pickup in their growing up years, traveling the windy roads through the beautiful bluffs of Buffalo County.

Dave was born November 19th, 1939 in a big old farm house in the township of Naples.  He was the eldest child of Loren and Phyllis Parr.  We recall many drives through Waste Valley, where  Dad would recount his stories about his siblings, Donna (Boots), Bob and Dale, and their experiences growing up in the beautiful countryside, squirrel hunting for dinner and walking in the deep snow to the one-room schoolhouse.

Dave was a farmer and a cowboy from the start. He and our Grandpa farmed together and by the time he was 12 years-old, he was responsible for a small herd of cattle and was receiving his first milk check. He had a deep and early connection to animals, especially horses and the land on which he would eventually farm.  The family fondly remembers Dad driving a carriage in Mondovi’s Centennial Parade with his Cow “Shanty” harnessed to the rig.  There are also photos of our young Dad riding this cow, before he had his own horse. This was just a snap-shot of the independent thinking, nonconforming and adventurous person that our Dad would become.  In high school he was a talented football player, Left-Tackle, was voted Prom King, a trophy winner in Mondovi Trail Dusters and was known to be one of the best dancers around.  His brothers recall watching him dance down the aisle of the milking barn with a broom for his partner when any good waltz would come over the radio. Upon graduation, Dad had the choice of attending college with a football scholarship, or to go into the service. He committed to serving his country in the Army in July of 1958 as a Private and earned the Sharp-Shooter Badge. He was honorably discharged from the Wisconsin National Guard after a terrible car accident that nearly took his life in May of 1961, where a driver crossed the center line and hit his car head-on, seriously injuring his sister and brother-in-law and he lost his first born nephew, Randy.  He was in a coma for 6 weeks.  This accident had a life-changing impact on Dad. He would suffer with back pain, stiffness and limited hand mobility, but would gain a deep appreciation and wonder for life, which would serve him until his last days. After his recovery, he began donating blood on a regimen.  In July of 2016, he was recognized on the front page of the Mondovi Herald for donating over 14 gallons of blood over 50 years, no doubt saving many lives, in honor of those that had donated and saved his.

Dad met our mom, Shirley (Pederson) when he was driving milk-truck down the country roads of Eleva.  Mom was out riding with her sister and Dad was a sucker for a girl with long hair on a horse. They married in September of 1963, purchased a little farm house and some land on the Sand Road, 3 miles South of Mondovi and started their family.  Dad and Mom enjoyed growing their homestead, bowling and would often be found dancing up a storm at Club 10, with many admiring onlookers. Rick spent a good amount of his childhood in the barn, working alongside Dad.  He would attend every single one of Rick’s football and baseball games, including driving to Florida to watch his spring training when Rick played ball in college. Dad would continue his dancing legacy by taking Jody two-stepping throughout her childhood, adolescence and in adulthood.  You could find them at any venue playing good old classic country music.  Our Dad also shared his love of horses with Jody, riding together when she returned from college.

After he hung up his coveralls for the last time, he followed his dream of becoming an over-the-road trucker, driving in all of the 49 continental states.  The summer of Jody’s college graduation they drove to Alaska and spent 3 months there in his camper and he drove semi for a local Homer company. He also purchased several rental properties and enjoyed the friendships with his tenants and even the occasional challenges of collecting rent. He finished his working days driving school bus for Mondovi Public Schools, where he often said that he “liked the naughty ones the best.” He loved his grandchildren and enjoyed teasing them light-heartedly and sharing his stories and interests.

Our Dad had a passion for travel and adventure. He was a copious note-taker and we continue to find his little First National Bank notebooks full of quotations, philosophies and life advice he recorded for his own betterment. He would read through every encyclopedia in his collection multiple times over the years.   He was a dedicated list maker, and on so many of the lists, his number one priority was “take good care of my kids.”  Rick and Jody would both be presented with many lists over the years where tasks were laid out for them, such as: To Do  1. Rick, this computer doesn’t work, 2. Rick, help me find more interesting things to do on this computer 3. Jody, order me more Rootbeer Dum Dums, 4. Jody when are you coming to see me again?  The lists went on and on.  He spent many years living in his little pink (his favorite color) mansion on the hill and loved that he could sit on his steps while having a smoke and watch the traffic from HWY 10 go by.  Dad moved into the Homeplace Assisted Living 3 years ago when his bad back made life more difficult. He will be remembered for his unconventional individualism, his generosity of spirit, and his acceptance of IOU’s.

Visitation will be held at Talbot Family Funeral Home in Mondovi from 1-3 pm, Celebration of Life at 3pm on Saturday, September 10th.   We want to give our heartfelt thanks to the staff at The Homeplace and to St. Croix Hospice for their patience, kindness and compassion for our Dad, and for holding us so gently during his time of transition.

To order memorial trees or send flowers to the family in memory of David Curlis Parr, please visit our flower store.