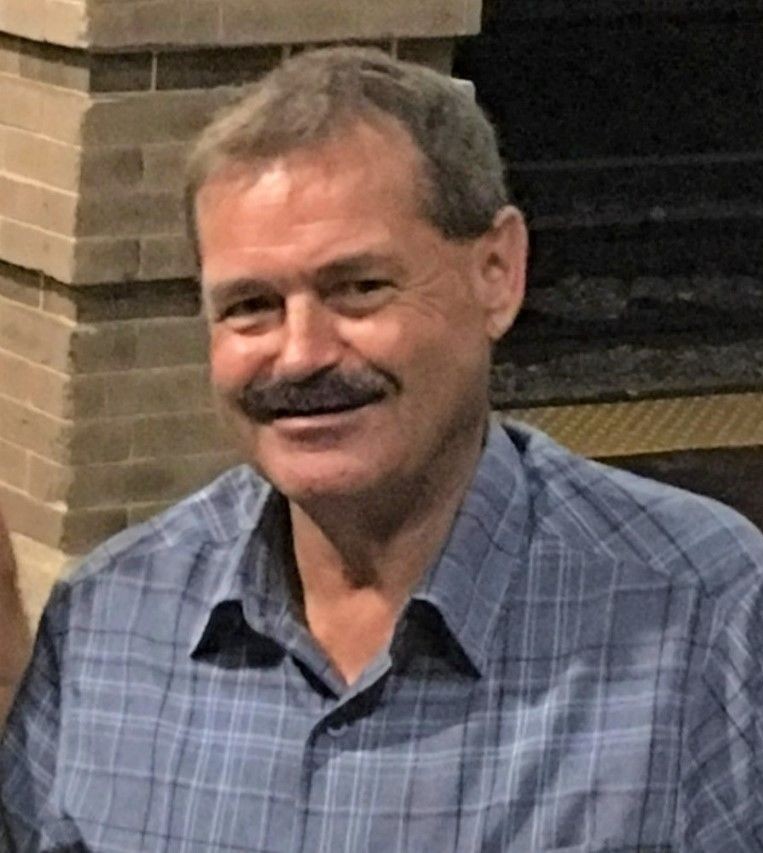 David James Bauer was born to James J. and Bette (Thompson) Bauer on February 4, 1956, in Mondovi, WI, the second of five children.

David attended Sacred Heart Catholic Elementary school in Mondovi and graduated from Mondovi Public High School in 1974. He was on the cross-country team that went to state and held the record for RBIs in baseball.   After graduation, he worked as a welder for Meyer Industry in Red Wing, MN.  He returned to Mondovi to work for Asher’s Siding.  From Asher’s he bought the Northside Bar in Mondovi, where he was devoted to making sure every customer felt appreciated and important.  His love for children showed as he gave the kids who came for the Friday fish fry a candy necklace.

After selling that business, he worked in the transportation department at Sacred Heart Hospital in Eau Claire, WI. He was well-liked and respected and soon became the director of the department. David retired from the hospital in 2018.

Anyone who met David could instantly feel his love for life. His big smile lit up any room

he walked into. So many things brought him joy, including his two dogs, Henry and Ted. His family always knew and felt his love not only by his words but by the enormous hugs he gave.

His friends would greet him with a big “Bauer,” “where ya been?” whenever he walked in.

David also loved to travel. He enjoyed many family trips by air, train, and cruise ship, but he especially loved his travels to Jamaica.

David was a very giving person. He made a financial difference for many in Jamaica, especially Brianna, the daughter of a special friend, Trish. He loved taking them to the beach, dining out with them, and giving them things most of us take for granted, but most importantly, he paid for Brianna to attend school and participate in track.

In the fall, you’d find David watching sports or playing cards. He loved the Badgers and Packers, and often said, “the Vikings still suck!” In the summer, you’d find him golfing or fishing up north at one of his cabins. He could catch fish even when they weren’t biting! David will be forever missed by his sisters, Vicky Breidung (Ray Sr.), Sharie Furst (Jay), Cindy Brantner (Duane), and brother, Chuck Bauer (Michelle Brown); 15 nieces and nephews, 16 great-nieces and great-nephews and two great, great-nephews. He was preceded in death by his parents, James J. and Bette Bauer, and one great-nephew. We invite you to celebrate David’s life on Sunday, April 3, from 1 p.m. to 4 p.m. at the Northside Bar, Mondovi, WI. A private burial will follow at 5 p.m. at Sacred Heart Cemetery, Mondovi, WI. Memorials will be used to continue supporting Brianna’s

To order memorial trees or send flowers to the family in memory of David J. Bauer, please visit our flower store.
Send a Sympathy Card