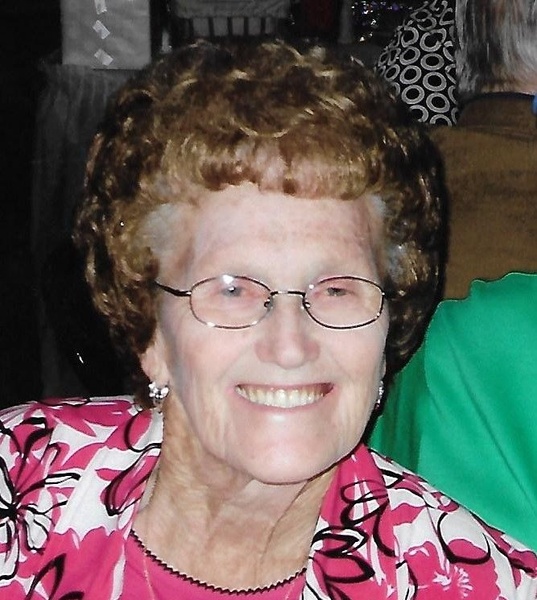 Colleen M. Bloom, age 84, of Mondovi, passed away on Tuesday, November 2, 2021 at the Beehive Homes of Eau Claire.
She was born on December 10, 1936 in Winfield, Missouri to Alfred and Esther (Loewenhagen) Hulke, Sr.
On August 1, 1953, Colleen was united in marriage to Dale Bloom, Sr. at the chapel in Mondovi.
Colleen and her husband farmed side by side for many years on their Gilmanton farm.
Colleen will be remembered for her large gardens, her baking abilities and for the love she had for her entire family.
She is survived by her children, Sharon (Jack) Boyd, Shirley Tillman, Kay (Richard) Halopka, Ricky (Lori) Bloom, Connie (Jack) Werlein and Ronnie (Lisa) Bloom; grandchildren, Jesse (Susie) Bloom; Russell Jr. and Staci Tillman; Bradley (Tami) Klevgard and Kaci (Eric) Kroeplin; Alexis (Dan) Mooney and Morgan (Brady) Nelson; Jared (Paige Cooke) Werlein and Joseph Werlein; Taylor (Cade Martin) Bloom and Jordyn (Derric Gray) Bloom; great grandchildren, Cali Flick, Keannah, Aubriannah, and Brantley Bloom; Nicholas Light; Dylan, Cole, Caden and Gavin Klevgard; Phoenix and Lilly Waller, Skye and Zach Kroeplin; Harper Nelson; step grandchildren, Jerry (Amber) Halopka and their 3 children and Katie (Linda) Halopka-Ivery and their 2 children; brother, Alfred (Joy) Hulke, Jr.
Colleen was preceded in death by her husband, Dale Sr., son, Dale Jr., son-in-law, Russell Tillman; siblings, Warren Hulke and Donna Radsek and sister-in-law, Jeanette Hulke.
A private family graveside service will be held at a later date.
In lieu of flowers, donations to the Alzheimer’s Association can be made in Colleen’s name at https://act.alz.org/donate. The family would like to take this opportunity to extend a gracious and heartfelt thank you to the entire staff at Beehive Homes in Eau Claire for the loving care given to Colleen during her stay.

To order memorial trees or send flowers to the family in memory of Colleen M. Bloom, please visit our flower store.
Send a Sympathy Card