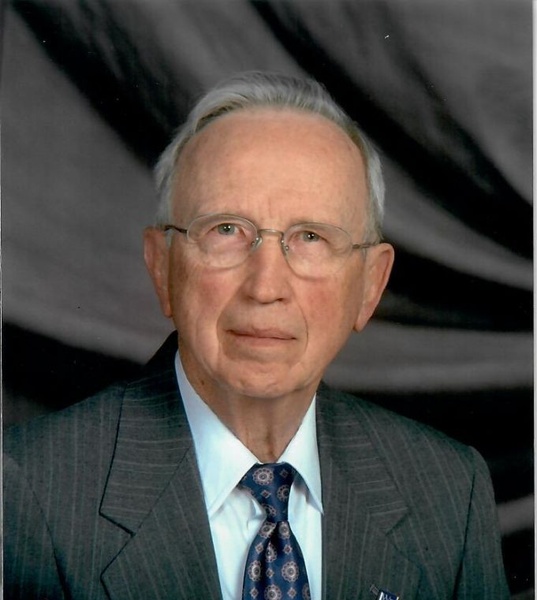 Carrol E. Haeuser passed away January 24th 2022 at Winona Health, at the age of 94. Carrol was born on the family farm in Eagle Valley near Fountain City on July 25th 1927, to Edwin and Elsie (Lorenz) Haeuser. He attended Eagle Valley Country School and graduated from Fountain City High School in 1944. After high school he enlisted in the U.S. Navy during World War ll and served stateside and in the Pacific Theater. After an honorable discharge he worked for several years as a leather glove cutter at the Northwest Glove Company in Winona, and during that time he attended Winona Business College.

He married Vivian Waddell on January 10th 1955. In 1958 he began employment at the Buffalo County Highway Department as a bookkeeper and later an office manager for 31 years before retirement. He was a member of Christ Lutheran Church in Cochrane and was a past member of the church council. He also was a life time member of the American Legion Post #56, and a life time member of the VFW, Post #10406. He had been an avid Green Bay Packer fan since 1938. Favorite hobbies were bow hunting, fishing, gardening, and taking care of his bluebird trails.

A Christian Funeral Service will be held on Friday, March 4th 2022 ,at 11:00 am at Christ Lutheran Church in Cochrane with Rev. Mark Wilde officiating. Military Funeral Honors will be outside the church immediately after the service. There will be no pre-service visitation. Those who wish to walk up to the front of the church either before or after the service are welcome to do so. At 12 noon a lunch will be served along with gathering of family and friends in the church fellowship hall. Private interment will be in the Buffalo City Cemetery at a later date. Memorials may be given to Christ Lutheran Church, Scenic Valley Ambulance or Tri-Community Fire Department.

To order memorial trees or send flowers to the family in memory of Carol Edwin Haeuser, please visit our flower store.
Send a Sympathy Card